Home » Winning ways for our teams.

Winning ways for our teams.

Our Stars had another long journey this weekend as they travelled through to Elgin for their 1st meeting this season and came away with a comfortable win.  Final Score: North Ayrshire Stars 12 v 1 Moray Juniors U14’s. Mn of the Match: Conor Wood.  Photos by Antonia Cameron. 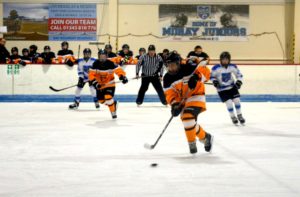 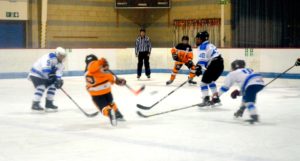 The WILD’s second home game of the season was against their local rivals Kilmarnock Thunder.

The first period saw the WILD come of the bench and play not as individuals but as a team and they tore Kilmarnock Thunder apart, tempers flared early on and Thunder had their keeper sent for an early shower leaving rookie goaltender Stewart Wilkie on his first season in the SNL to step in and he done well taking a total of 76 shots on goal and only conceding 19. The first period ended 9-0.

The second period was much the same with the WILD all over them, Kilmarnock didn’t give up and created a few breakouts but WILD were too strong for them and the second period ended 16-0.

Going into the 3rd and WILD could afford to ease the pressure off and just enjoy the game. Kilmarnock Thunder suffered with discipline which saw a 2nd man put off the ice, as the period continued, a high stick caught Warren Crawford in the mouth costing him 4 teeth and he had to leave the ice.

The night was a good night for the WILD and certainly entertained the crowd, finishing the game 20-0 and a well deserved Man of Match went to Jamie Sturrock who netted a hat trick. Next weeks home game is against Solway so we need a large crowd to get behind our guys and give them a lift.

The Devils were runaway winners with goals coming from throughout the team.  Final Score: North Ayrshire Devils 35 – 7 Ayr Bruins. Man of the Match: Sean Woods

The U8s/U10s enjoyed their first game of the season against Ayr Bruins at Kilmarnock.

Both teams played well with some kids on both teams getting their first game under their belts. The game involved them getting to try out everything they have been learning during their training sessions, with some good goals scored by both sides. Man of the Match for North Ayrshire was Kyle Wedegren. 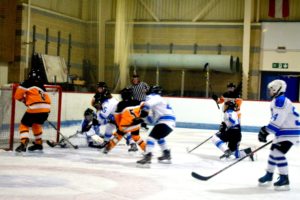