Our SNL team The Wild travelled to Solway to play the Stingrays in the first leg of the Robertson Conference Cup  .

The lines were changed from the game last week and it proved to be a sound decision by head coach Scott Cowan and it wasn’t long before he was rewarded with their first goal only 32 seconds into the game.  They continued to work together and move the puck well, getting infront of the nets and causing the Stingrays no end of issues and finding the net another 3 times, making it 4-0 to Wild at the end of the 1st.

The Wild came out strong for the 2nd period managing to get past Solway’s goalie a further 3 times although Solway put on a great show demonstrating that they can make chances at our net too.

From the start of the 3rd period it was clear that the Wild were going to finish the way they started, creating chance after change and again finding the net another twice.  Solway decided a change of goalie was required and a breakaway led to their only goal of the evening.  Wild may have got the most goals on the night but they also claimed the most penalty minutes (just)with 42 over Stingrays 40. 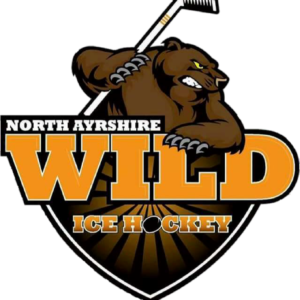 Man of the Match: