2nd weekend of our home tournament saw the U13’s crowned as worthy winners after being unbeaten all tournament.

Having a later start than usual thanks to our U9’s being on 1st thing, The Stars 1st game was up against Billingham Stars, where they started their winning streak winning 4-2, time for breakfast before they took on Guildford Firestorm, winning 3-0.

After a team bonding trek to subway to refuel, the Stars were the last game of the day, up against Murrayfield Juniors, where they clinched their highest score so far winning 6-1.

Happy boys at the end of the 1st day ….. we all had fingers crossed that they would keep up their winning ways on the Sunday…….Which thankfully they did with a convincing 6-1 win over Ayr Bruins putting the Stars into 1st place.

The Stars found themselves up against Guildford Firestorm (4th) in the semi-final, where Guildford stepped it up a gear, making the Stars work hard for the 3-2 win and their place in the final.

The final saw North Ayrshire Stars v Billingham Stars.  Billingham were on a high after watching their Under 9’s convincinly win their final just moments before, brought it to the ice and pushed the stars for every puck, face off, icing call, but our Stars were as equally determined to clinch their final win of the weekend and pushed them to a 2-2 draw……making for a very nervous yet exciting finish to the day….SUDDEN DEATH OVERTIME…..3 0n 3…..who would be able to bring it home…..

We did….thanks to Cole scoring an amazing goal within 2 minutes of overtime……The cheers went up and the boys celebrated in great style …..always great to win, but something special about winning your home tournament.

A well deserved win for the Stars where, again, team work brought the results.

Well done to all the boys; Rocco, Zach, Harry & Dylan.  With special mention to Rocco, chosen both weekends as All-Star Defender for U11’s & U9’s. 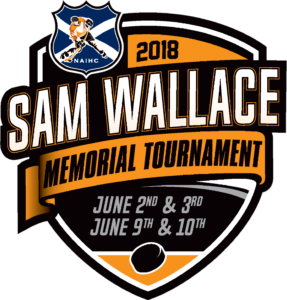