Home » Stars, Predators & Wild all in action this weekend with mixed results.

Stars, Predators & Wild all in action this weekend with mixed results.

North Ayrshire’s Stars U14’s welcomed Belfast Junir Giants this Saturday in their latest game at home. The rink was packed for an exciting night of hockey, with the under 16s set to play straight after.

The first period was a close fought match and both teams had their own chances . The Stars piled on the pressure but with lots of shots on target the period still ended 0-0.

The pace increased in the second period and the Stars took a lead of 2-0 early into the period, but with a penalty for the Stars in the 8th minute, Belfast took the opportunity straight away and got a goal back to make it 2-1. In the 13th minute Belfast were so close to making it 2-2, but the chance was ceased and the period closed at 2-1.

The third period was key for the Stars and they really put the pressure on Belfast with Belfast having little to offer in defence.  The game ended 6-2 to the Stars to make a convincing win at their home rink. Teamwork won out in the end, a solid performance from the Defence, both net minders tracking the puck and denying Belfast time & time again to the Forwards who worked together, passing and taking the chances to find the back of the net out shooting Belfast with 31 to 11 shots on goal.

Goals came in the form of a hat-trick from Flynn Massie, with 1 each Liam Houston, Rocco Murray & Aedan Monaghan. Man of the Match: Kris Sommerville. 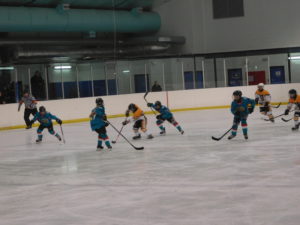 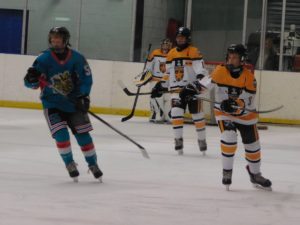 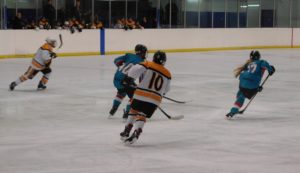 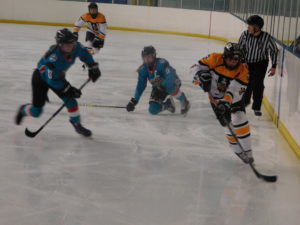 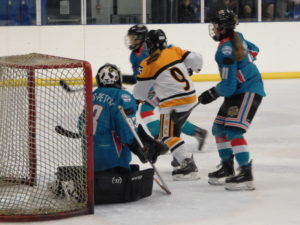 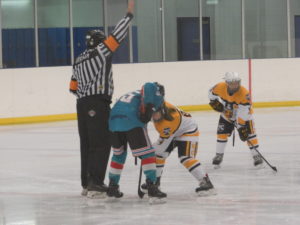 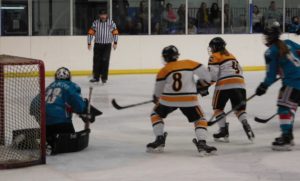 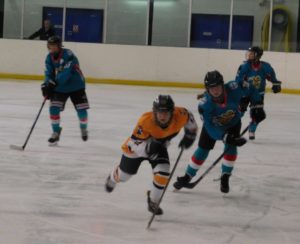 This is always a fast and fully charged game. Belfast come to win and as hard as the Predators tried they could not get the breakthrough goal. Belfast outshot Predators 29 to 13 making them 8-0 winners in the end with Harry Campbell (NM) being awarded Man of the Match.

WILD travel to Aberdeen for the first time this season…..and what a game it turned out to be! 1st period seen WILD go 1 goal down but soon equalised and with another goal from the WILD, saw them go 2-1 up.

Into the second period and it was end to end play, WILD certainly had upped their game forcing Aberdeen to defend the hungry WILD team, both sides scored leaving the score at the end of this period 3-2 to the WILD .

Into the 3rd and some decisions that didn’t go the WILD’s way, saw them play shorthanded with a 5 on 3.  Aberdeen took full advantage and soon got the equaliser 3-3. Shortly after Aberdeen scored again and the WILD trailing 4-3, then before the game finished, WILD were again back to being short handed on a 5 v 3 and again the Aberdeen Lynx made the WILD  pay leaving the score 5-3 to Aberdeen, with Man of the match going to Gary Parker.

A lot can be taken from this game as the WILD are now competing amongst the best in the league with this young team and things are certainly on the up. 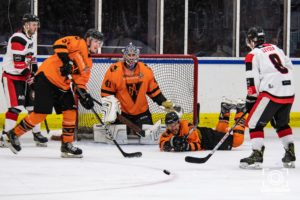 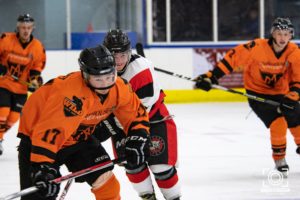 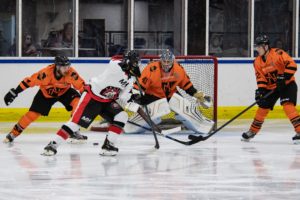 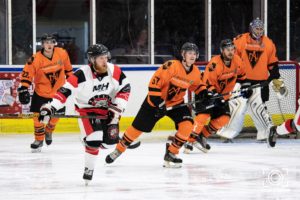 Sunday’s game seen the WILD back up the M9 to Dundee to play Dundee Tigers in the Scottish cup.

The first period saw the WILD go 1 down with only 1 min on the clock but this soon woke them up and they equalised 12 mins later meaning the first period finished 1-1.  Into the second period and it looked like the WILD had not showed up, their team spirit began to sink when the Tigers clocked up a further 3 goals, although the WILD did manage another goal, this period ended 5-2.  The 3rd period was a far better period for the WILD but unfortunately they couldn’t close the 4 goal lead to catch the Tigers who kept pushing and were rewarded with a late goal, the tigers went even further ahead.

Having said that the shots on goal were even at 44 to 45.  They just couldn’t score on this trip, possibly a case of the night before telling on the team. 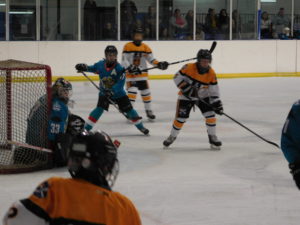