3 of our boys have just returned from a tournament in Bratislava with Team Scotland and their age groups. Caiden MacColl, Lennon Deeney &  Zak Kenneth all had a wonderful time, making new friendships, bonding as a team and most of all, playing ice hockey.

Team Scotland managed to arrange a special treat for them on the last day, intensive training from the Slovak coaches. 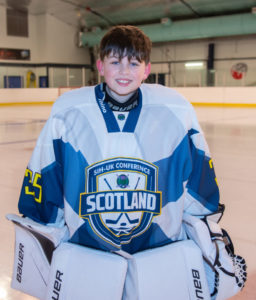 Caiden MacColl is 10 and comes from Ardrossan. He attends Stanley Primary School in the town & plays for NAIHC Penguins U12.

This is Caiden’s 1st call up for Scotland.

Caiden said;- My recent trip to Bratislava, representing my country was an amazing experience to be part of. I felt extremely proud to have been chosen to represent my country and I was very fortunate to be able to take part in the trip abroad to Bratislava where we played against other teams and were also given 2 sessions of coaching from the Slovak National Coaches on our last day. My favourite part of the trip was getting to know the other boys and girl from different clubs all over Scotland, I have made lots of new friends within the sport and memories to keep for a lifetime. 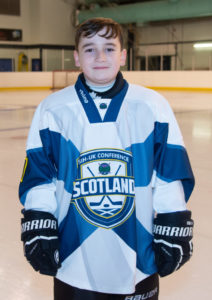 Lennon Deeney is 9 and comes from Port Glasgow where he attends St. Johns Primary School.  Lennon plays for NAIHC Sabres U10 & Penguins U12. This is also Lennon’s 1st call up for Scotland.

Lennon said he really enjoyed the whole trip even when we started off first few games with losses but we turned this around to get a few wins and a draw. This was my first time making the team and I have also made loads of new friends and got to hang out and have fun off the ice.  We got a days coaching with the Slovak coaches and that is an experience I won’t ever forget. 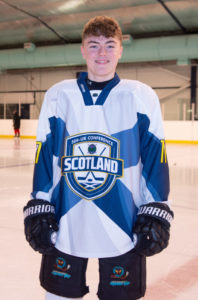 Zak Kenneth is 16 and comes from Renfrew where he attends Trinity High School.  Zak plays for NAIHC Devils U20. This is Zak’s 2nd year to be selected.

Zak had an amazing time and said that the group of boys in the 17’s this year is superb! Because a few of the boys were playing for GB they were short of D men so he played D at the games which is something new for him, but he loved it and was even awarded the Golden Helmet for his efforts (Golden helmet is given by the previous winner to whoever he feels deserves it most for that game.)

To play 5 & win 5 was amazing!! Great feeling & their coach was really proud of them all! They then played against the 15’s (who requested the challenge), so that’s what they did and everyone enjoyed it.  Zak feels really proud and happy to be chosen to play for his country and be given to chance to play European hockey against the Bulgarian National Team and to then be coached with the Slovak coaches on their last day! An amazing experience that he will always remember!!

Unfortunately the Under 13’s squad didn’t get to travel to Bratislava as the organisers had to cancel their age group tournament, meaning Flynn Massie & Liam Houston missed out but they then were then free to play for their club that weekend. 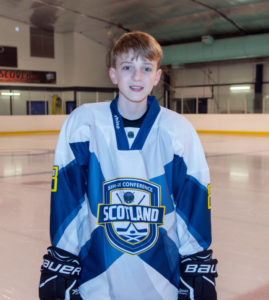 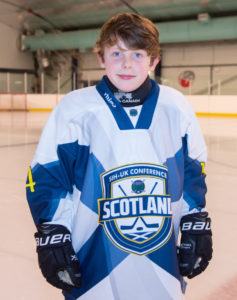 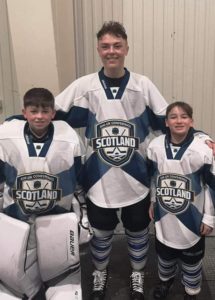