Home » Dundee stop Penguins while the Devils clinch the win!

Dundee stop Penguins while the Devils clinch the win!

Sabres travelled to Kirkcaldy for their first games of the new year. Our player, Brad Ruxton was kind enough to volunteer to booster Aberdeen’s team as they were short of players, showing great sportsmanship & allowing all the kids to get to play.

As always it was a strong team effort from the kids, with the younger players getting plenty of ice time, as some of the older kids were missing as they were playing with the Penguins (U12’s) in Stevenston.

Some great goals coming from across the team with Leighton Murray, Joseph Cochrane, Lawson Kennedy, Liam Wedegren and Cooper Whyte finding the back of the net!  The coaches are happy at how the team are bonding and growing together with many positives taken away from these games. The coaches, as always thank the parents for travelling and supporting the team.  Go Sabres! 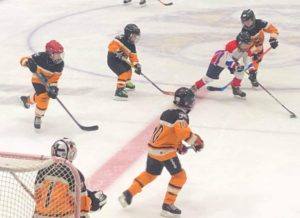 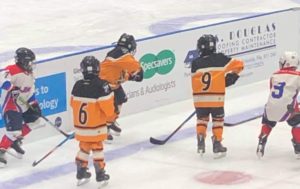 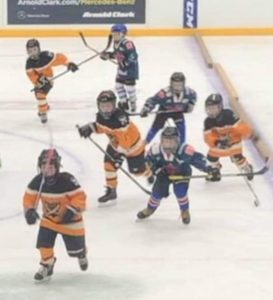 North Ayr Penguins welcomed Dundee Stars to Harvies Ice Rink on Saturday. With both teams unbeaten before this fixture, Penguins knew they were up against top opposition.

The game started with a scrappy opening 10 minutes and when both teams settled it was Dundee that took the lead shooting past our net minder Caiden MacColl. Penguins didn’t respond too well to going behind and took some silly penalties, leaving them short a player on the ice, to which Dundee too full advantage & increased their lead to 2-0. Penguins weren’t for giving up with Rocco Murray, Lennon Deeney and Olly Turner all coming close but they found the Dundee goalie on top form, meaning this period finished 2-0 to Dundee. The second period started with Dundee increasing their lead with their third goal.  Lennon Deeney gave the Penguins some hope with a great shot from the right wing that found its way into the Dundee net. This gave the Penguins a much needed lift and they had some more great chances but again couldn’t find a way past the Dundee goalie. The third period saw Penguins receive more penalties and with tired legs kicking in, Dundee took advantage and increased their lead to 4-1 meaning Penguins lost their 1st game of the season.

Man of the Match:  Caiden MacColl for some fantastic saves.  Goal scored by Lennon Deeney. 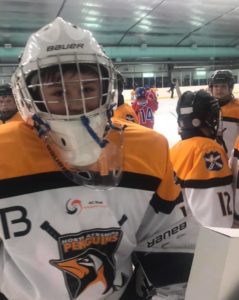 It was Scottish Cup action for the Devils this week as they faced Dundee Stars. With both teams almost level at the top of the league table this tie had the makings of a classic. The Devils came out the traps running as they took the game to the Stars, but the breakthrough wouldn’t come until the 14th minute via a power play goal by Jamie Miller assisted by Kyle Forsyth and Jamie Sturrock. The Stars then drew level in the closing minute of the period.

The second period started in the same fashion as the first, with the Devils pushing to regain the lead. It was halfway through the period when a second goal for Jamie Miller would put the Devils in the lead. The Devils then added another before the end of the period through Matthew Miller.

After the ice cut it was the Stars who would pile on the pressure looking to get back into the game & they managed to tie the game with two goals in quick succession before taking the lead in the 52 minute of the game. With only 8 minutes to play and the tie slipping from the Devils, their coach called for a time out. After which, the Devils stepped up their game looking for the equalising goals. This came in the 57th minute. Now with less than 3 minutes to go, could any team grab the all-important winner. It was to be the Devils night, as the next goal came via Jamie Sturrock assisted by Jamie Miller and Haydn Woods with goal time being 59:05. 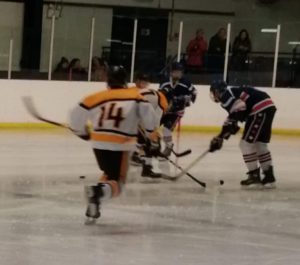 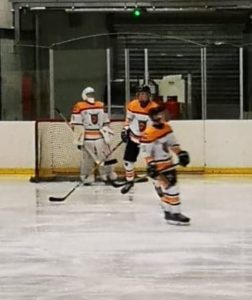