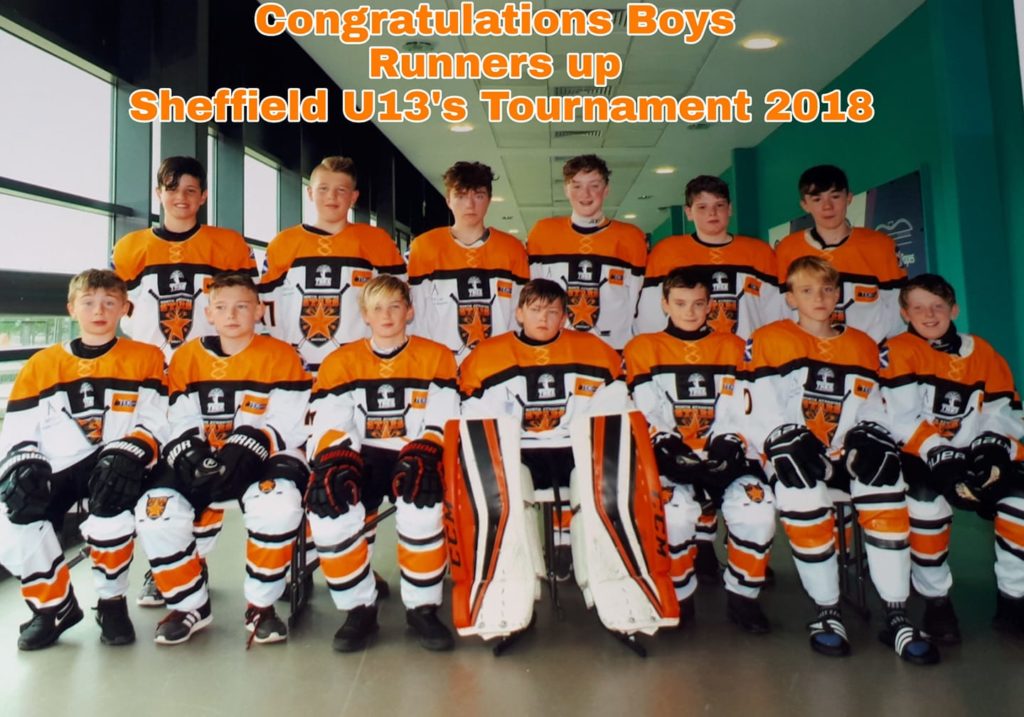 Our Stars had a fantastic weekend at their last tournament of the season in Sheffield.

They got off to a flying start beating Swindon and showing that they were there to win.

The only Scottish team to take part in this years U13’s tournament then went onto to draw against Chelmsford, brfore returning to their winning form beating the home team and Manchester, making them the only team unbeaten at the end of day 1.

Day 2 started in fantastic fashion with an early win against Basingstoke and then Cardiff, putting them straight into the final.

Each and every player skated out of their socks, never giving up and making Swindon work for it, providing a very exciting game that went from one side of rink to the other over & over until Swindon managed to bag 2 goals giving them the win.

Our lads were gutted and rightly so, they really were fantastic and so deserved to win, but coming runners up in Group A in a competition where they were only upgraded from group B the week before after their fantastic performance of winning the Sam Wallace Tournament, they have the right to hold their heads high! 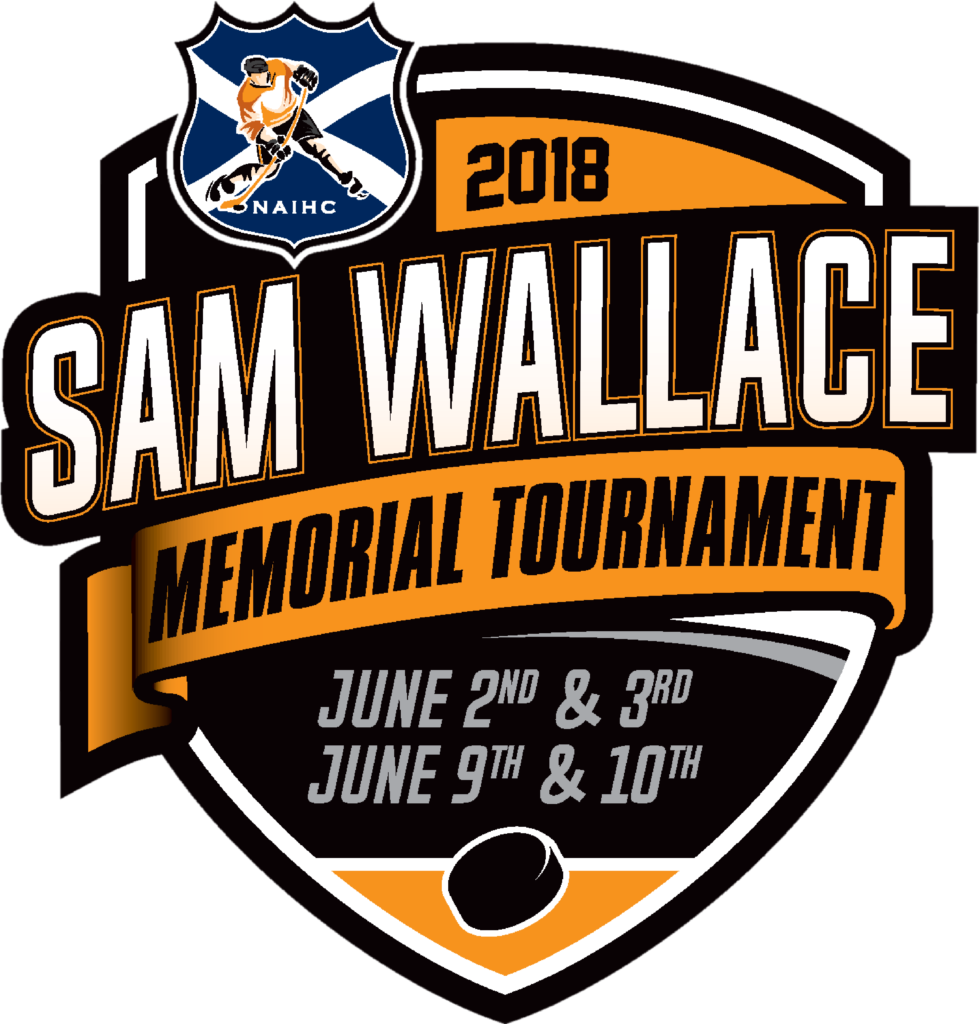 2nd weekend of our home tournament saw the U13’s crowned as worthy winners after being unbeaten all tournament.

Having a later start than usual thanks to our U9’s being on 1st thing, The Stars 1st game was up against Billingham Stars, where they started their winning streak winning 4-2, time for breakfast before they took on Guildford Firestorm, winning 3-0.

After a team bonding trek to subway to refuel, the Stars were the last game of the day, up against Murrayfield Juniors, where they clinched their highest score so far winning 6-1.

Happy boys at the end of the 1st day ….. we all had fingers crossed that they would keep up their winning ways on the Sunday…….Which thankfully they did with a convincing 6-1 win over Ayr Bruins putting the Stars into 1st place.

The Stars found themselves up against Guildford Firestorm (4th) in the semi-final, where Guildford stepped it up a gear, making the Stars work hard for the 3-2 win and their place in the final.

The final saw North Ayrshire Stars v Billingham Stars.  Billingham were on a high after watching their Under 9’s convincinly win their final just moments before, brought it to the ice and pushed the stars for every puck, face off, icing call, but our Stars were as equally determined to clinch their final win of the weekend and pushed them to a 2-2 draw……making for a very nervous yet exciting finish to the day….SUDDEN DEATH OVERTIME…..3 0n 3…..who would be able to bring it home…..

We did….thanks to Cole scoring an amazing goal within 2 minutes of overtime……The cheers went up and the boys celebrated in great style …..always great to win, but something special about winning your home tournament.

A well deserved win for the Stars where, again, team work brought the results.

Well done to all the boys; Rocco, Zach, Harry & Dylan.  With special mention to Rocco, chosen both weekends as All-Star Defender for U11’s & U9’s.

Well Done to the whole team for their unbeaten run during the tournament.  Every single one of them played together, passed well and spoke to each other as a team and that brought them the results, win after win, game after game.

They had the short straw of being 1st on the ice, early Saturday morning facing Sheffield Swampfrogs, but they got off to a flying start winning 5-0.  Before they had too long to cool down they were back on against Manchester Storm and continued with their great start winning 8-1…..time for a well deserved breakfast break and off ice team bonding.

Soon it was time for the match they really didn’t want to play….against their team mates, we know how hard it was for them all but someone had to win, sadly Penguins B just couldn’t find the back of our net but didn’t give their team mates an easy time, making them work hard for every goal they scored with Caiden saving an amazing 43 shots during the game…..Well done to both our teams.

Lastly they were faced with Junior Belfast Giants and after a slow start with them moving play back up the rink every time Penguins got close to their goals, then eventually they found the back of their net and the goals didn’t stop….Penguins won 7-0, putting them into 1st place in the Semi-finals against 4th place Belfast Sunday lunchtime.

Belfast brought all they could but the Penguins were more than ready for them winning 5-1 to face Manchester Storm in the final.

What a great final with both teams really wanting that win, but the Penguins kept their heads and soon found their winning way finishing the game 5-2.

It’s been a long time coming for this team and it was well deserved, each and every player skated their socks off, worked as a team and won as a team.  Well done Penguins A.

They even managed to have 3 players win places on the All-Star Team, congratulations to Flynn, Liam & Rocco. 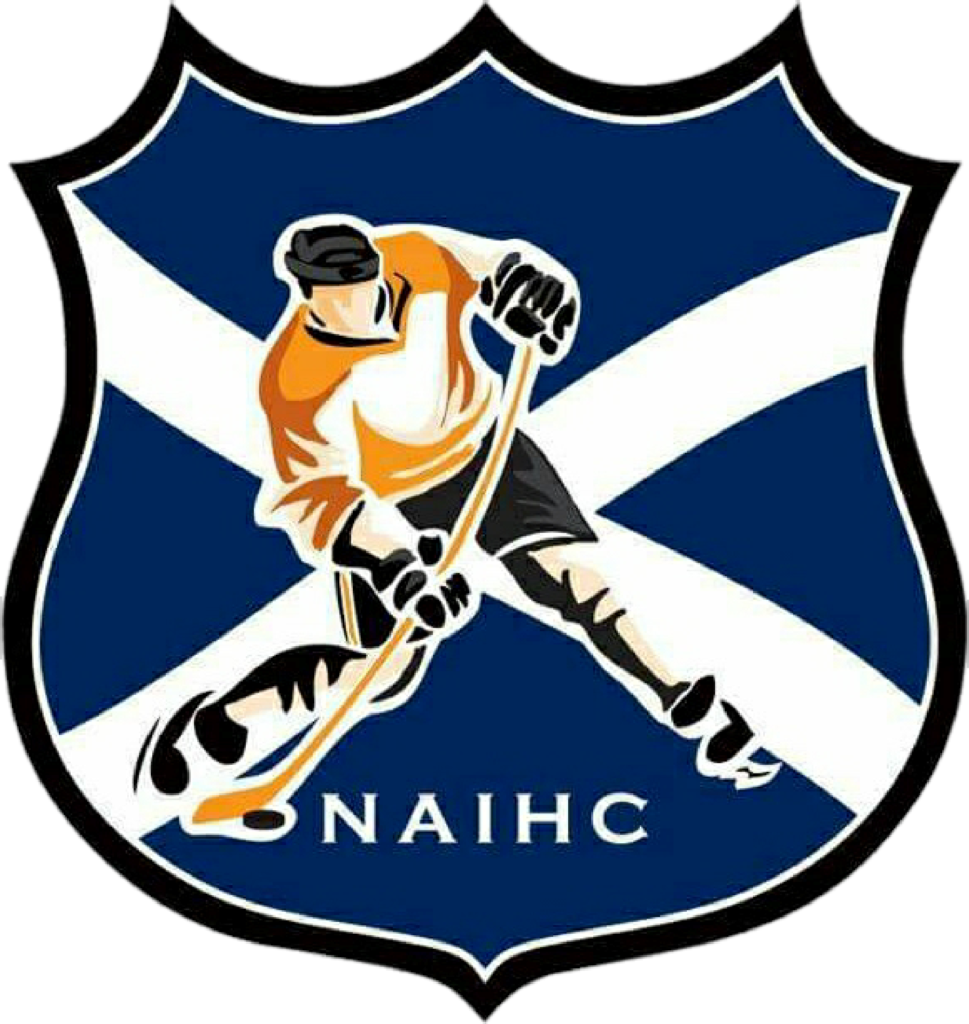 Hi all and welcome to our latest edition of our club newsletter.

I’d like to start by thanking Paul Miller for his efforts in getting the media officer role off the ground and up and running, but sadly, Paul’s other commitments and studies have meant that he has had to step down from the role.

The good news is that Kirsty Massie has agreed to step in and take over, and has already been doing some sterling work to raise the clubs profile.

The Scotland conference teams have been finalised, and it is great to see an increased NAIHC presence across all the age groups.

Congratulations to the following players on making the final teams, keep working hard guys:
U11 Flynn Massie and Liam Houston
U13 Jack Neil and Harry Campbell
U17 Zak Kenneth and Aaron Forsyth.

In addition, TJ Wright our U20s captain remains part of the U19 Squad to face England, although that team has not been finalised yet.

We are almost at the end of the league season for most teams now, and I would like to thank all our coaches, players, parents, off ice helpers, and anyone else who has allowed our games to go ahead for the commitment they have shown to the club this year.

We are now entering the tournament end of the season, and there is still plenty of hockey to be played, as well as our own two big Sam Wallace Memorial Tournament weekends to come.

I look forward to some more NAIHC wins between now and the summer break.

As always if you have any ideas for the newsletter please contact Kirsty Massie at naihcmedia@gmail.com

Check out the full April 2018 Newsletter below!

Off The Ice newsletter April 2018 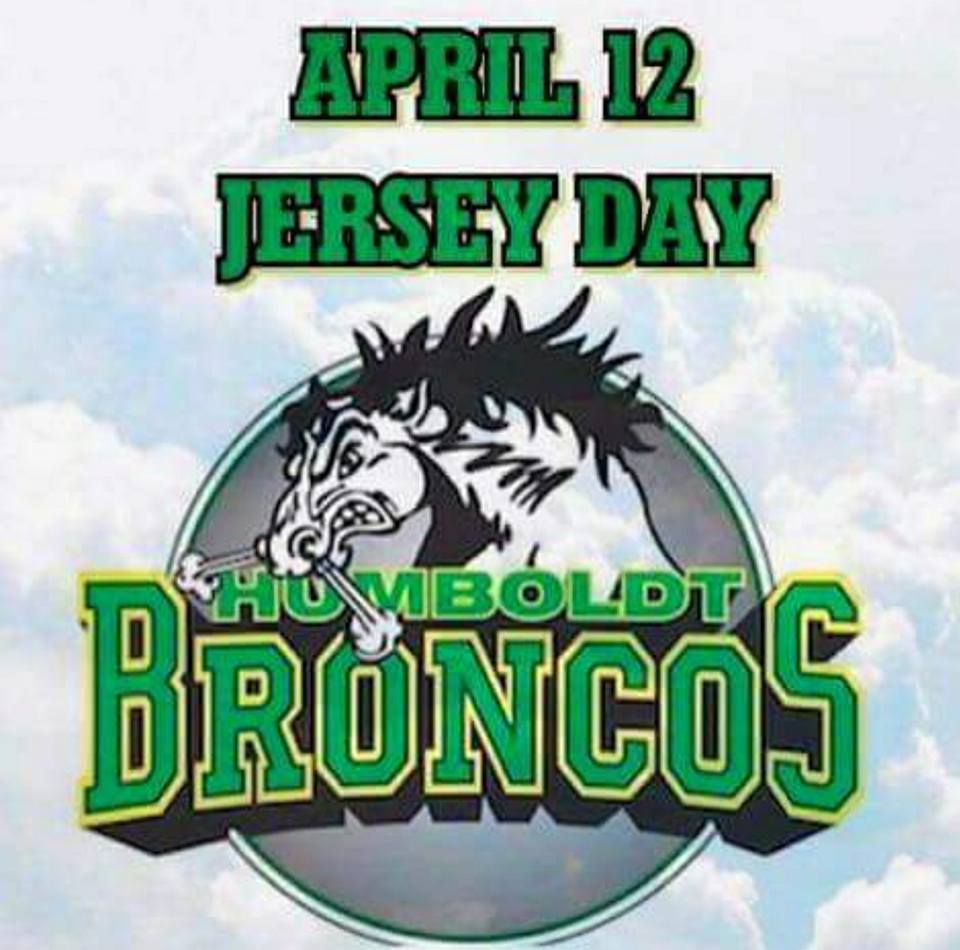 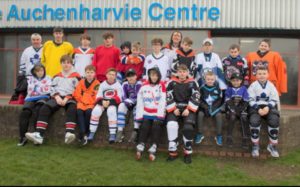 Thank you to all our players, managers, coaches & parents who wore their Jerseys all day on the 12th April in memory of the 16 victims if the Humboldt tragedy.
Here are a few before training started – wee shout out to Cooper from The Ducks, for coming along to show his support when it wasn’t even his training night. ???